XPS 17: Benchmarking the thermals (CPU only)

I recently purchased a Dell XPS 17 laptop, and since there is a lot of controversy regarding thermal management on this model, I wanted to benchmark it. Dell provides a software that allows switching between different power management modes: Optimized, Cool, Quiet and Ultra Performance. 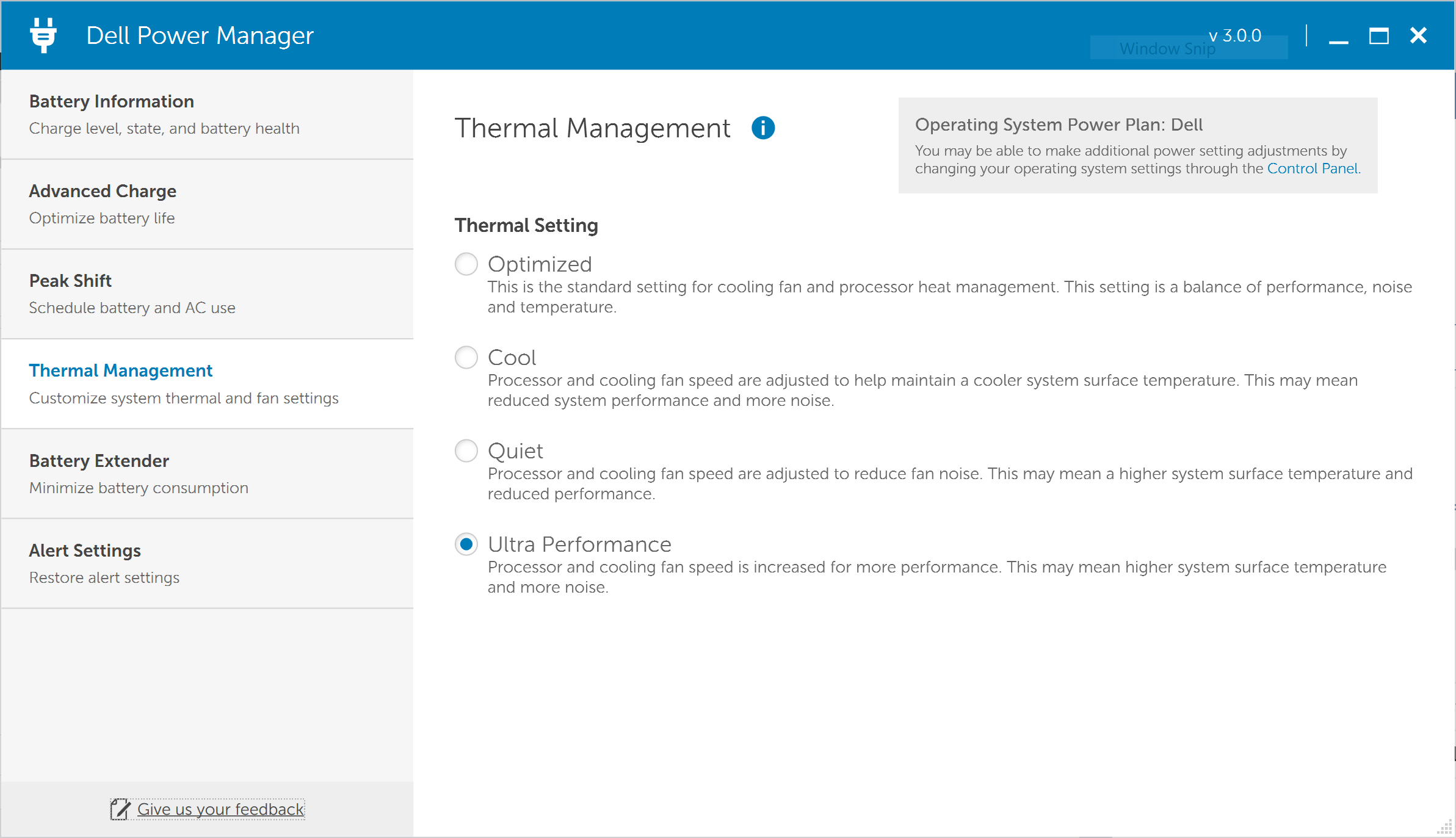 Each of those have a different goal. Cool and Quiet modes reduce performances to either keep the laptop cool or silent, I won’t review these modes, as I am interested in having at least acceptable performances. Optimized mode seeks a balance between performance, noise and temperature. Finally, Ultra Performance mode increases processor and fan speed for more performances. I’m actually interested in these two last modes; how do they compare? Which one is the best for my use case?

For benchmarking, I used Cinebench R20, which measures the time needed to render a 3D scene. This software only asses the multi-core and single-core performances of the CPU, i.e., no GPU involved.

Specifications of the laptop 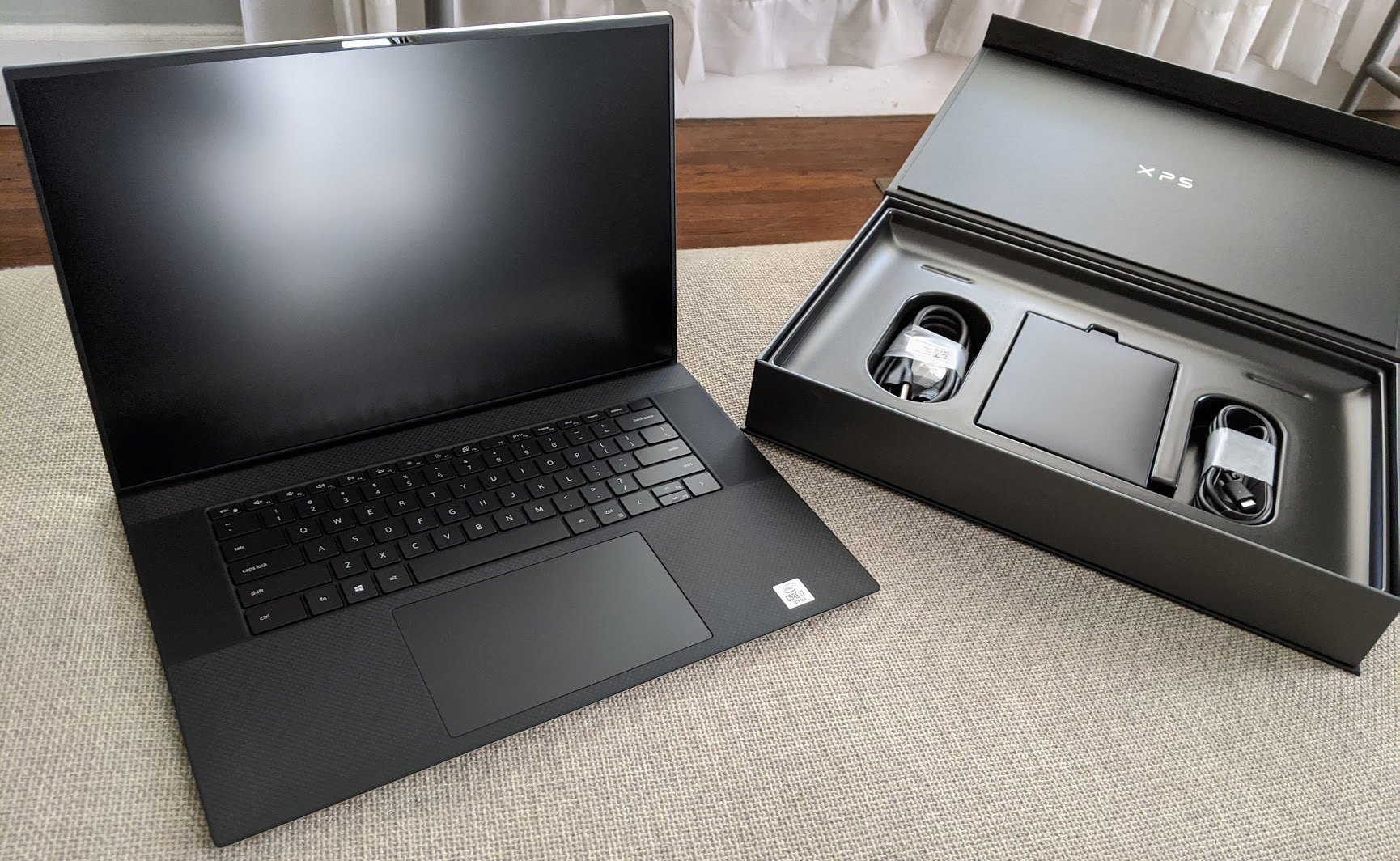 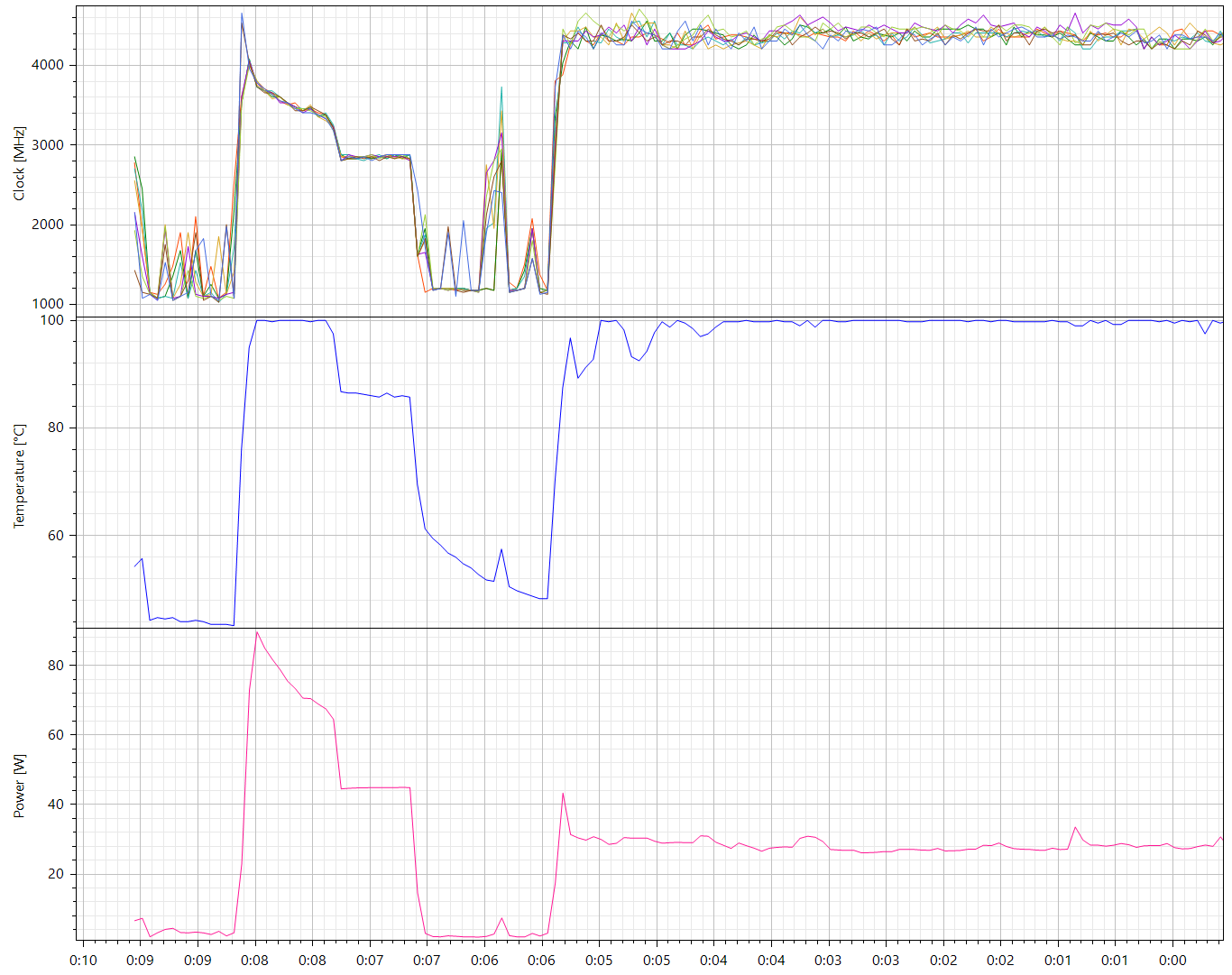 As can be seen on the graphs, the power delivery works in two phases: after a burst period of about 45 seconds at 90 watts, the power plateaus out in a steady state at 45 watts. 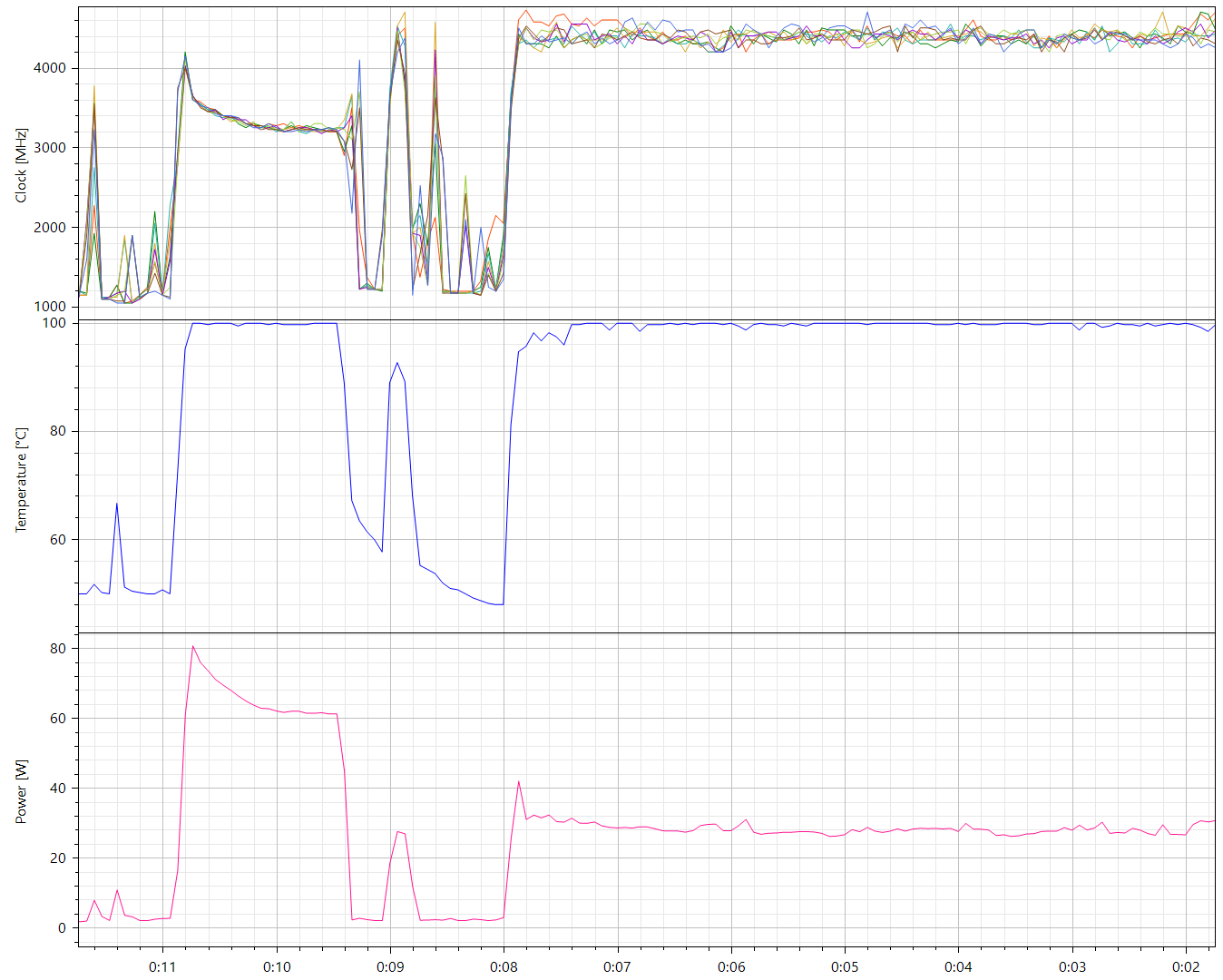 As can be seen on the graphs, the power delivery works in two phases: after a burst period of about 45 seconds at 80 watts, the power plateaus out in a steady state at 60 watts.

During the test, the laptop was plugged in, sitting on a table with the screen open at a 90° angle. The usual software was running on the computer: OneDrive, Skype, Norton, etc… This may negatively impact performances, but at the same time, it’s more representative of my daily use. For reference, I ran the same test on the computer when it was brand new, and got a score of 3 589 (4% better).

The overall power consumption was below 100 watts and I did not notice any battery drain during this test on my model. Single core CPU performance seems to be the same in both modes, so for typical single core tasks, the power management mode does not matter. Multi core CPU performance however is better in Ultra Performance mode. Even if it is not clearly noticeable on this benchmark, on a longer task, 45 vs 60 watts would make a significant difference.

Regarding thermal limitations, we can see that on a single core load, the CPU cannot reach 5.1 GHz, which is its maximum Turbo frequency. The limiting factor is the temperature, which get to 100°C on one core. Same problem on a multi core load in Ultra Performance mode, the temperature stays at 100°C and limits the overall performance of the CPU. In these conditions, I do not expect the Intel Core i9-10885H to deliver significantly better performances, unless the binning makes this chip more power efficient.

As a future work, I will run a CPU and GPU benchmark, to check if this behavior is consistent.